In 2015, the University of Sheffield opened a new engineering building, The Diamond, containing state-of-the-art manufacturing teaching facilities. While this provides excellent practical experiences as part of the curriculum, there was a clear demand from students for space and equipment with which to make personal projects and parts for co-curricular activities, as well as to work on university projects outside class time.

In their search for a solution, staff at the Faculty of Engineering started to look beyond the UK for examples of best practice. In the spring of 2017, Pete Mylon, a University Teacher in Manufacturing, was funded by University of Sheffield Enterprise and the Faculty of Engineering to visit a number of institutions in the US, including MIT, Olin College, and most notably, the Invention Studio at Georgia Tech. This student-led makerspace was set up by Professor Craig Forest in 2009, and has grown rapidly, with students attracted by the 24-7 accessibility of equipment, a culture that encourages creativity and fun, and the community of makers that has developed as a result.

Then, as with every great venture, came the stroke of luck that set things in motion. As Pete returned to the UK, full of enthusiasm that if such a model could work in Atlanta, it could work in Sheffield, if only he could find a group of like-minded students to work with…

a group of seven students were returning from a year studying in the US or working in industry, and were making enquiries about starting a makerspace. 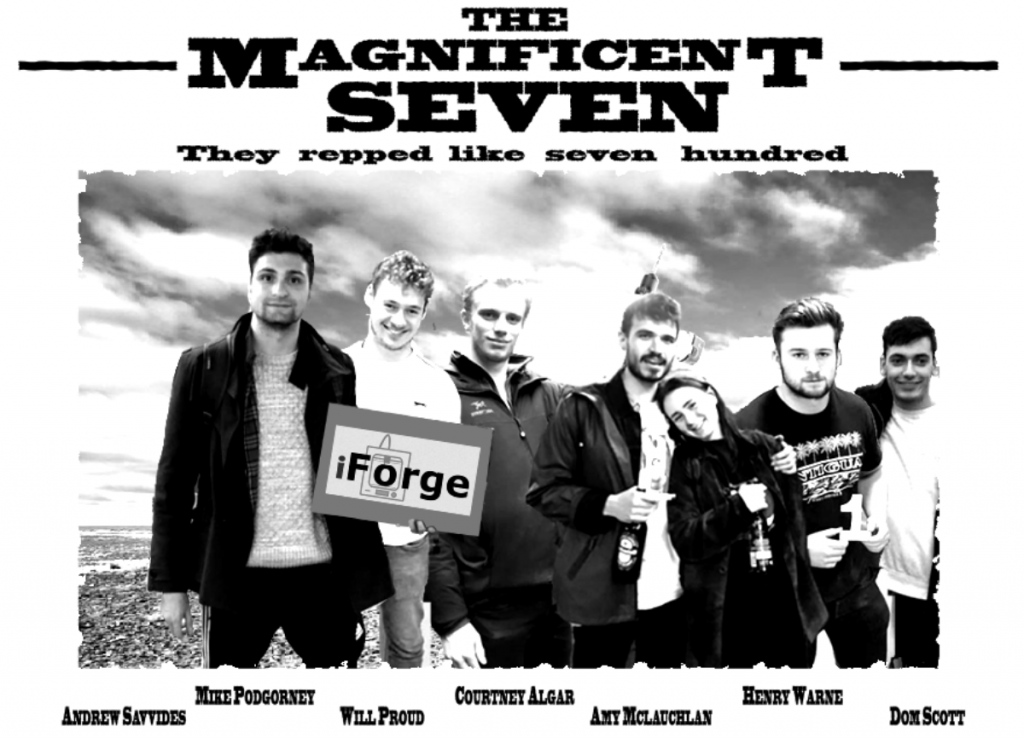 Over that summer, the students, who came to be known as “The Magnificent Seven”, came together with Pete and others to make a plan, and the iForge was born.

Only one thing was holding us back: space…

…and a lack of equipment

Only two things were holding us back: space, and a lack of equipment…

…and health and safety concerns.

Only three things were holding us back…

Ok, so there were a few issues to surmount, but once we had got the many stakeholders – academics, technicians and students – in a room, and once they had heard from Craig Forest first hand what a makerspace could do for the students, there was only one conclusion – we had to make this happen.

We worked with University Health and Safety on the concerns around a 24-7 student-supervised workshop, and the Faculty of Engineering supported us by providing the space and some equipment. We also could not have done it without a generous donation from the Reece Foundation that allowed us to buy more vital equipment and materials.

In October 2017, we opened The iForge, the first student-led university makerspace in the UK. Initially a 90m2 pilot facility within one of the Diamond labs, in our first year, we saw more than 4,000 visits from over 800 users from across the University of Sheffield.

It was clear that this space would not be large enough to accommodate the rapid growth, so over the summer we took over more of the lab, as well as creating a new 3D printing facility in a separate room, giving us a footprint of around 250m2. In our second year, we had nearly 9,000 visits from over 1,600 users, and had over 150 visitors on a single day, with queues often spilling across the atrium outside! Check out Our Portfolio for some of the great things our users have made. 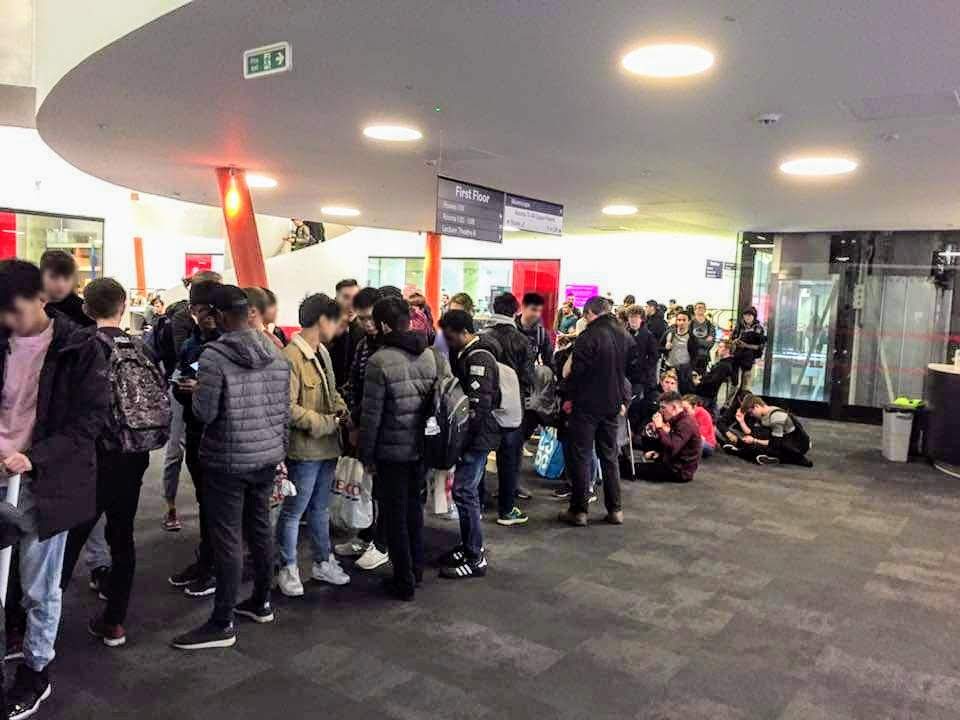 The creation of the iForge also provided opportunities to expand design and build curricula, and in autumn 2018, we had over 500 students building curriculum projects, from musical instruments to robotic arms and submersible biomimetic vehicles. We also support many of the Faculty of Engineering’s other initiatives, including Sheffield Engineering Leadership Academy, and student-led activities such as Sheffield Formula Racing, who placed 5th in the international Formula Student competition, and the Railway Challenge team.

We also ran some great hackathons, including the Sir William Siemens Challenge and Hackcessible, an assistive technology hackathon that featured on BBC Radio Sheffield and ITV Calendar News.

Generous donations from charitable foundations, industry and individuals have enabled us to continually expand our equipment portfolio, which now includes a waterjet cutter, a range of 3D printers, CNC mill and router, electronics station and much more… but we’re not stopping there!

Watch more about the iForge here:

The iForge is open to all UoS students and staff at the following times:

Times will vary over holiday periods

Max Capacity of the iForge : 36 (Capacity can vary during shift hours)